Now that my book is available for purchase, I feel nothing but elation. The final product turned out even better than I had hoped, and I’ve already started writing my sophomore release, which I hope to publish by August.

This is a photo from what I’m calling my book release party: 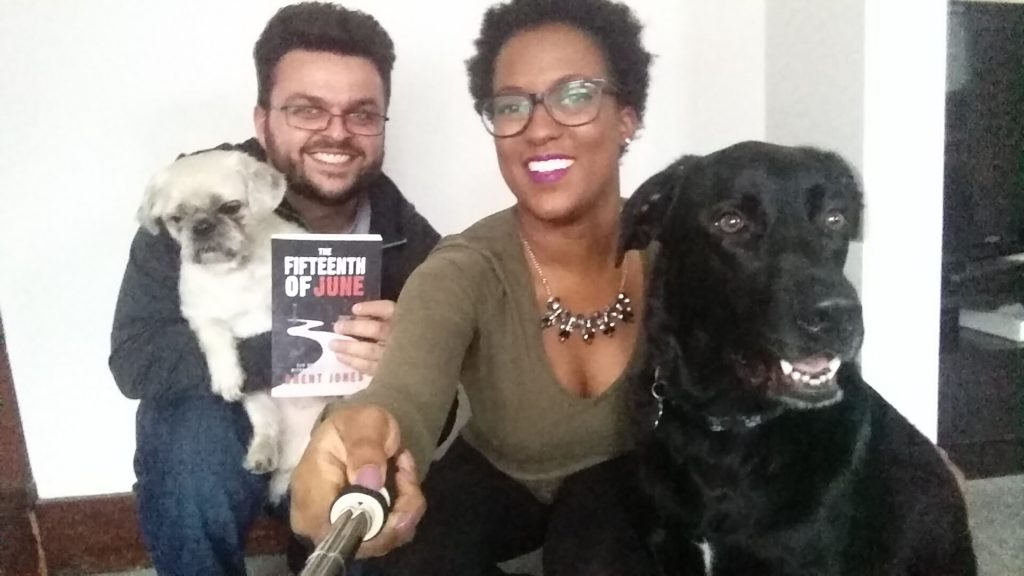 Yes, there were only four attendees—maybe the next one will be bigger!

The Kindle edition of The Fifteenth of June will be free on Amazon between March 6-8, 2017. If that promotion has expired by the time you read this, subscribe to my newsletter and I’ll send you the first two chapters for free in your choice of MOBI or EPUB format.

Alternatively, you can purchase the Kindle edition for $2.99 USD at any time and the print edition (featured in the above photo) for $9.99 USD.

To all who supported me over the past few months, you have my gratitude.