I hijacked her comment section to write a short essay (of sorts) in response.

Although a touch self-indulgent, I’ve decided to republish that comment (with permission) for those of you who’ve been reading the series.

I addressed a few things I’ve seen come up in reviews on Goodreads, such as…

There are some potential spoilers ahead.

I don’t mean to brag, but I’ve (quite thankfully) received quite a number of very positive reviews of Nice Try, Afton so far. That being said, I feel your review captures the essence of book three better than most.

I received a critical review not long ago of book one, Go Home, Afton, in which this person said, and I’m paraphrasing here, “I thought this book was going to dive right into the killing. The author refers to his character as a disturbed vigilante murderess, and yet she kills no one in the entire first book. In fact, she’s never killed anyone.”

Fair, I suppose. At the same time, without some indecision on Afton’s part, without making some crucial errors before acting on her impulses, it would’ve weakened the overall story. That’s what I think, at least.

I sincerely believe that the writers wrote themselves into a corner, despite having ample source material to draw from. By beginning the series with the premise that our protagonist was an active serial killer, and that he was a clinical psychopath, it left very little room for character development as the seasons went on. You can see hints of this when our lead explores the feelings he may (or may not) have for his adopted sister in the later seasons. But this entire premise is faulty, of course, as psychopaths don’t experience those kinds of feelings for other human beings. And so, in its final days, the show brought in a doctor to reinforce the idea that our lead was a psychopath, even though we, as viewers, still had doubts at that point. It added a hint of drama to the show, even if that drama was, in some respects, dishonest and contrived.

My point is, I wanted to create a story that, first off, needed to be told in four parts. Sure, I could’ve published the entire story as one complete four-part novel back in June, but I felt that each book represented a stage in Afton’s growth and, in that regard, warranted its own part and distinct plot.

Second, I wanted readers to get sucked into rooting for Afton, despite the heinous acts of violence she’d go on to commit. Simply stating, from page one of Go Home, Afton, that Afton is a crazed murderess, would’ve made it a lot harder to get readers on her side, I think. Readers need to go on the same journey Afton does.

And while readers (and reviewers) often make comparisons to that Showtime series I just mentioned, I drew a lot more inspiration from the Netflix series, Ozark.

What’s beautiful about Ozark is that we see otherwise moral people decay into immorality. Gray areas, if you will. Not because they are inherently evil people, but simply because, at each turn, they’re forced to choose between bad and worse. They make the best possible choice they can at any given moment, and as we see, those choices often end up making things worse for our protagonist(s).

This is the essence of what I wanted to capture in The Afton Morrison Series. As the story unfolds, Afton does everything she can to honor her mother’s dying wishes. To make the world a better place, she admits, even if that means doing horrible things in the process. But we soon discover that positive intentions can have negative outcomes, and negative intentions can have positive outcomes. There are times, after all, that if Afton had listened to Animus, she could have ended up saving lives, as strange as that sounds.

Anyway, I apologize for hijacking your blog post and comment section with this miniature essay of mine. I found your review thought-provoking and figured I’d weigh in with my own two cents.

Thanks for reading, and thanks so much for being one of Afton’s biggest online advocates.

Share your own thoughts in the comments below. I promise to respond. 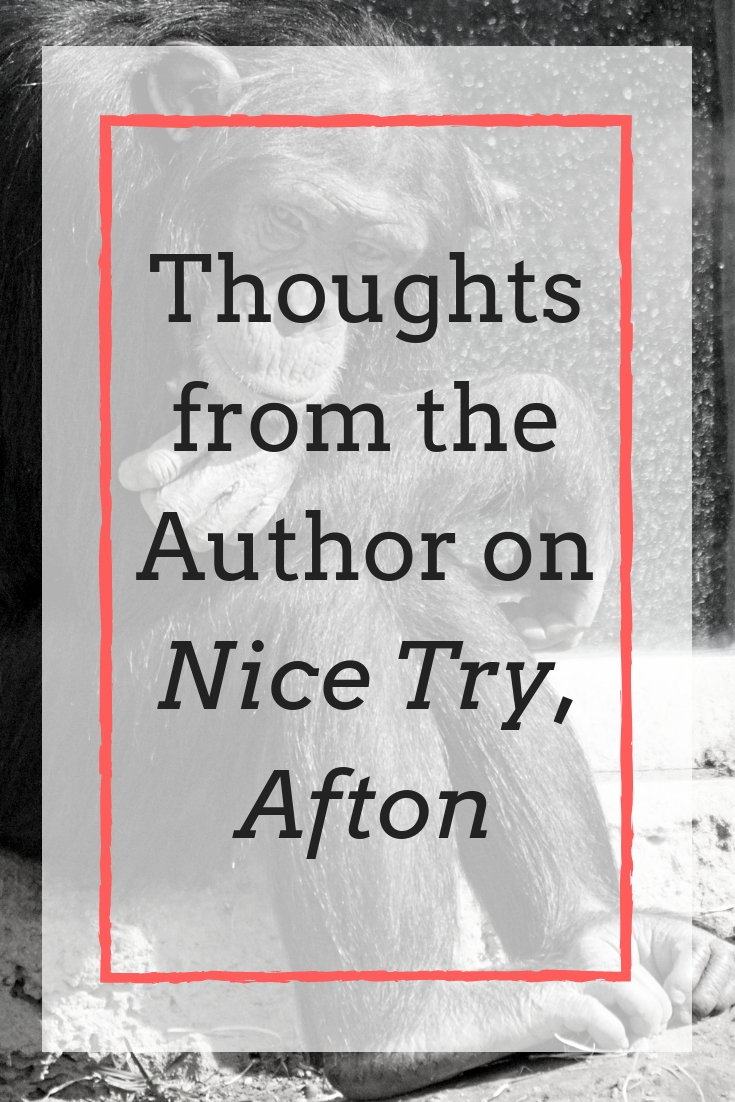