Yes, the paperback can be purchased on Amazon today, even though the eBook version won’t be released until Monday, October 29. Go figure, huh?

Have a peek below at what’s included in this print collection (bundle), photos, and how and where you can get it.

Let me confirm it for you here, once and for all.

Yes, for those of you who prefer physical books over eBooks, The Afton Morrison Series: Books 1 2 3 & 4 will be published as one (thick) print collection (paperback) this fall.

Here is a first look: 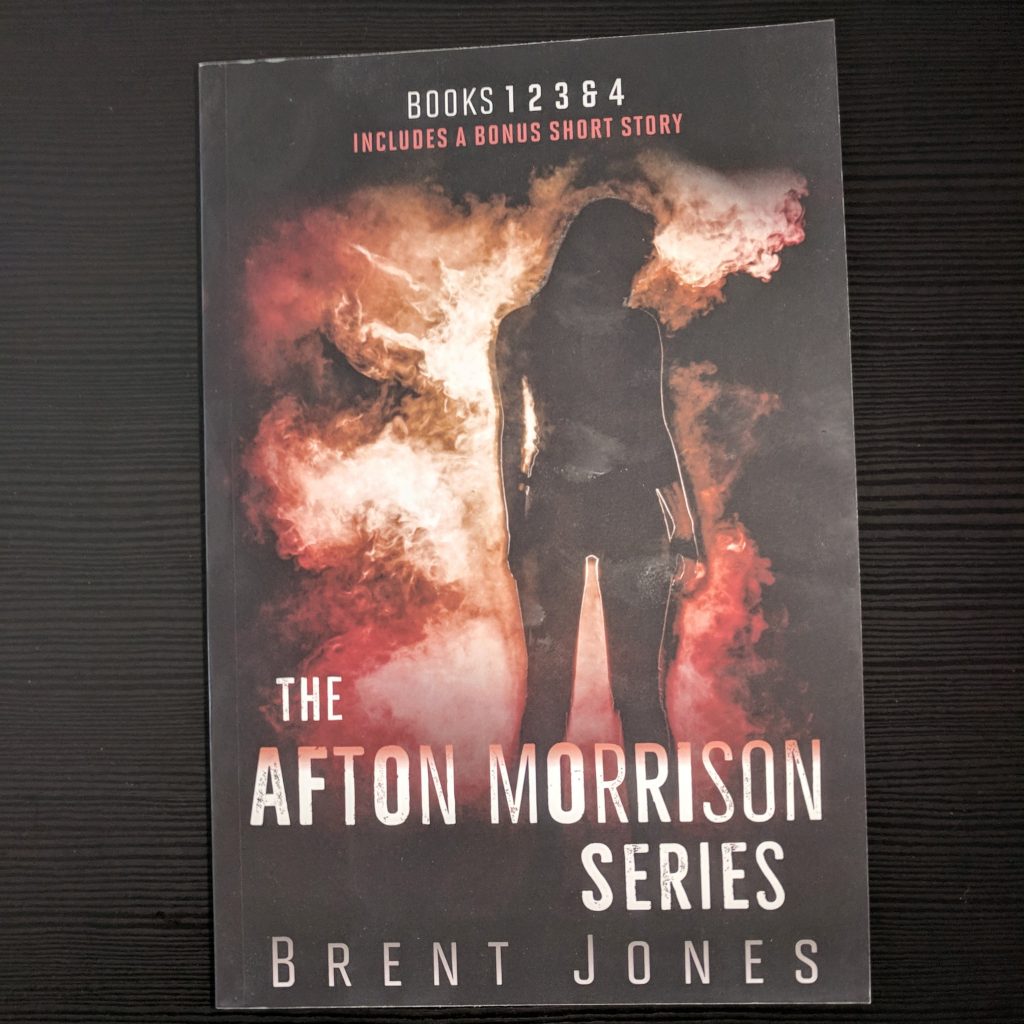 And here is a second look: 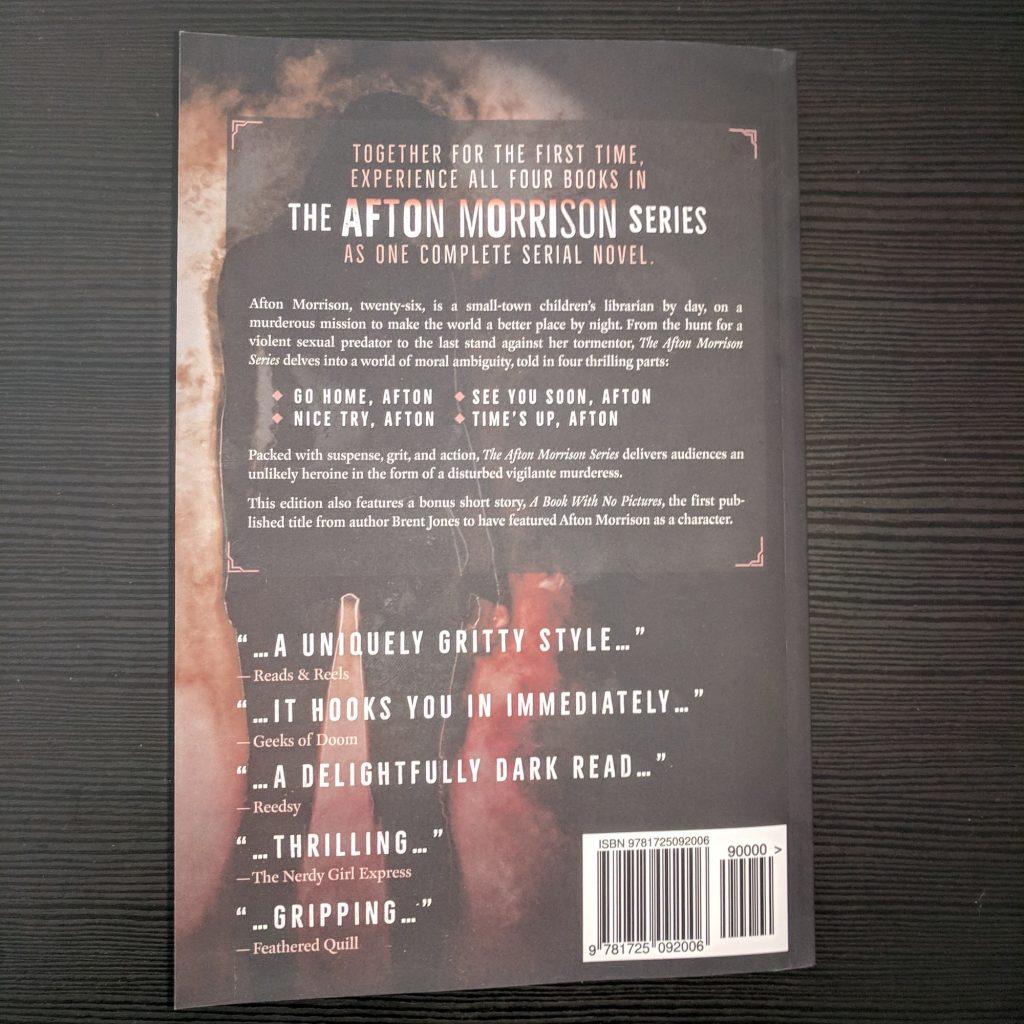 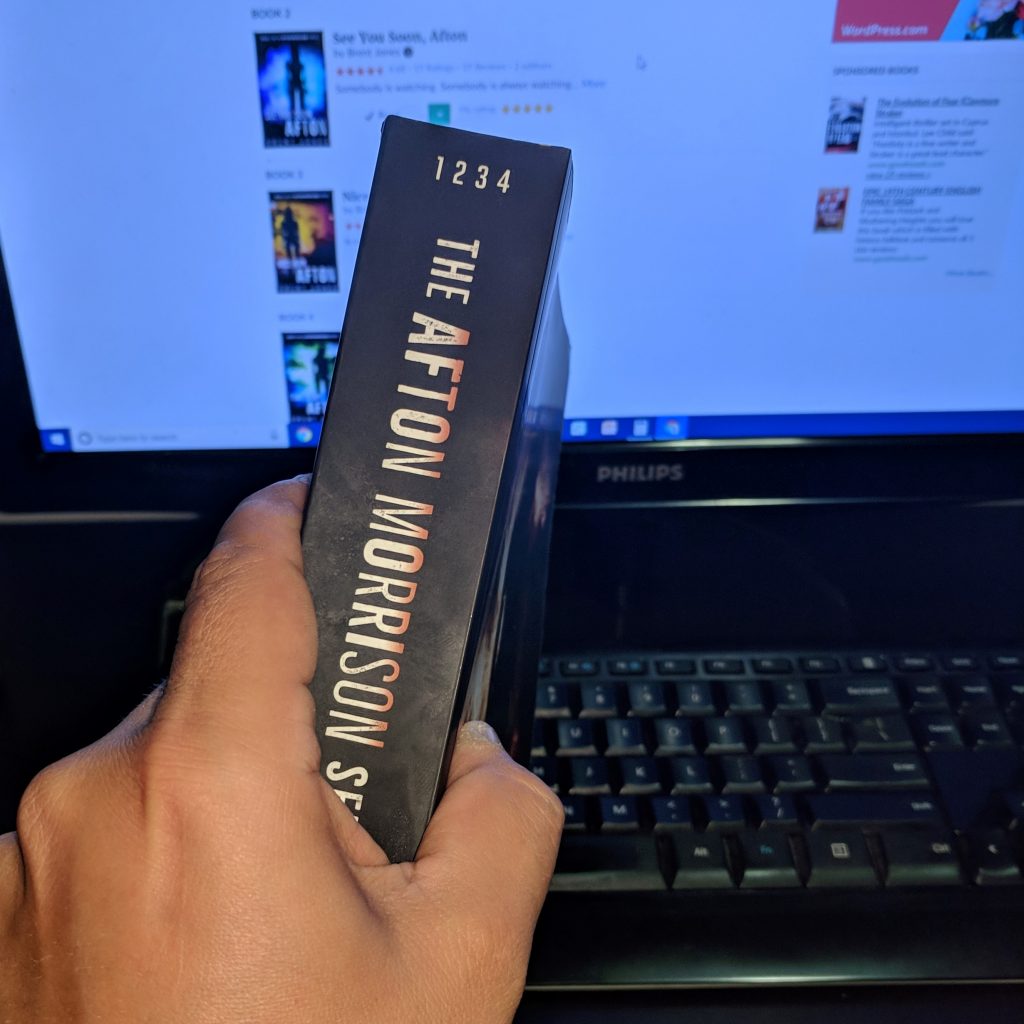 Click on any of these images to enlarge them. Pardon the fingerprint smudges.

As many of you know, the four books (parts) of The Afton Morrison Series are intended to be read sequentially, as one complete serial novel.

So, this fall, for the first time, you will be able to experience…

…together in print, audio (click for a preview), and eBook formats.

This print edition will also include a bonus short story, A Book With No Pictures. This was the first title I published (earlier this year) to include Afton Morrison as a character.

Here’s a look inside: 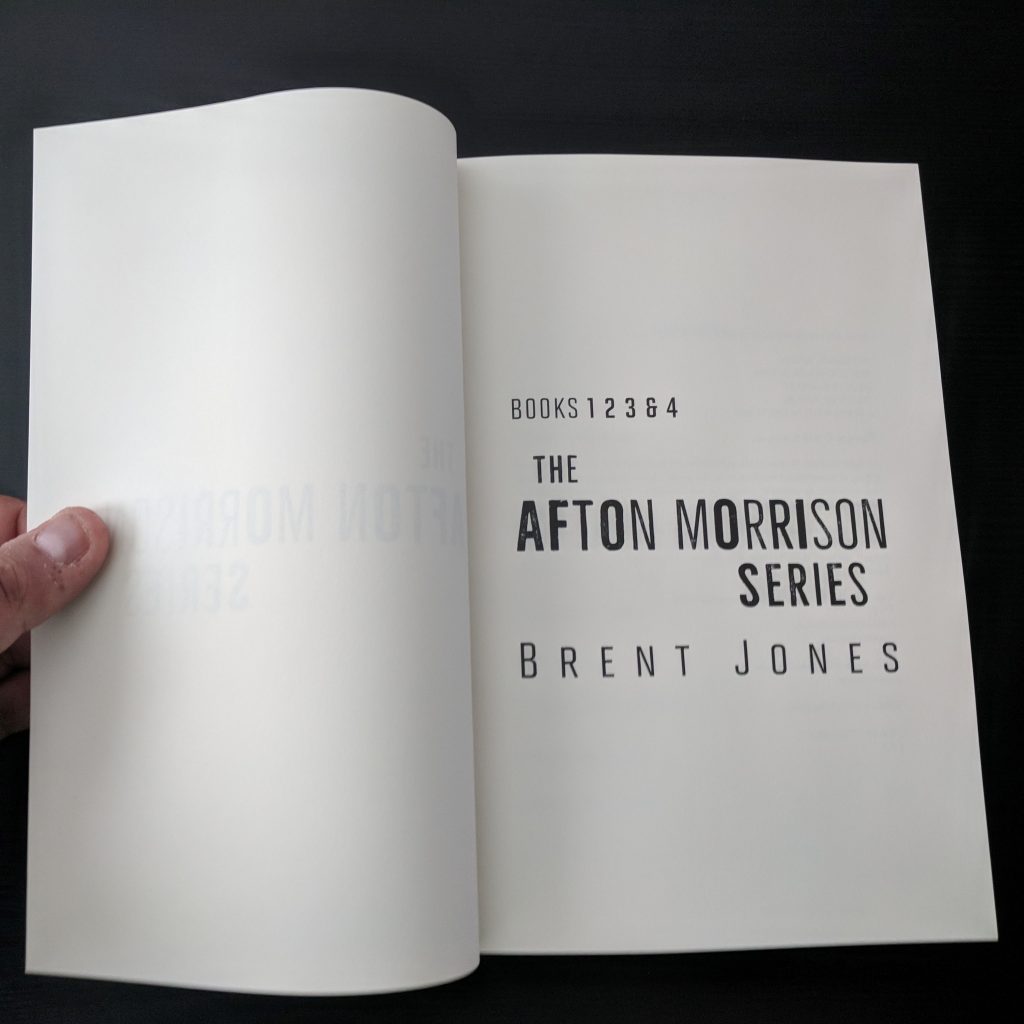 And here’s a look at the table of contents: 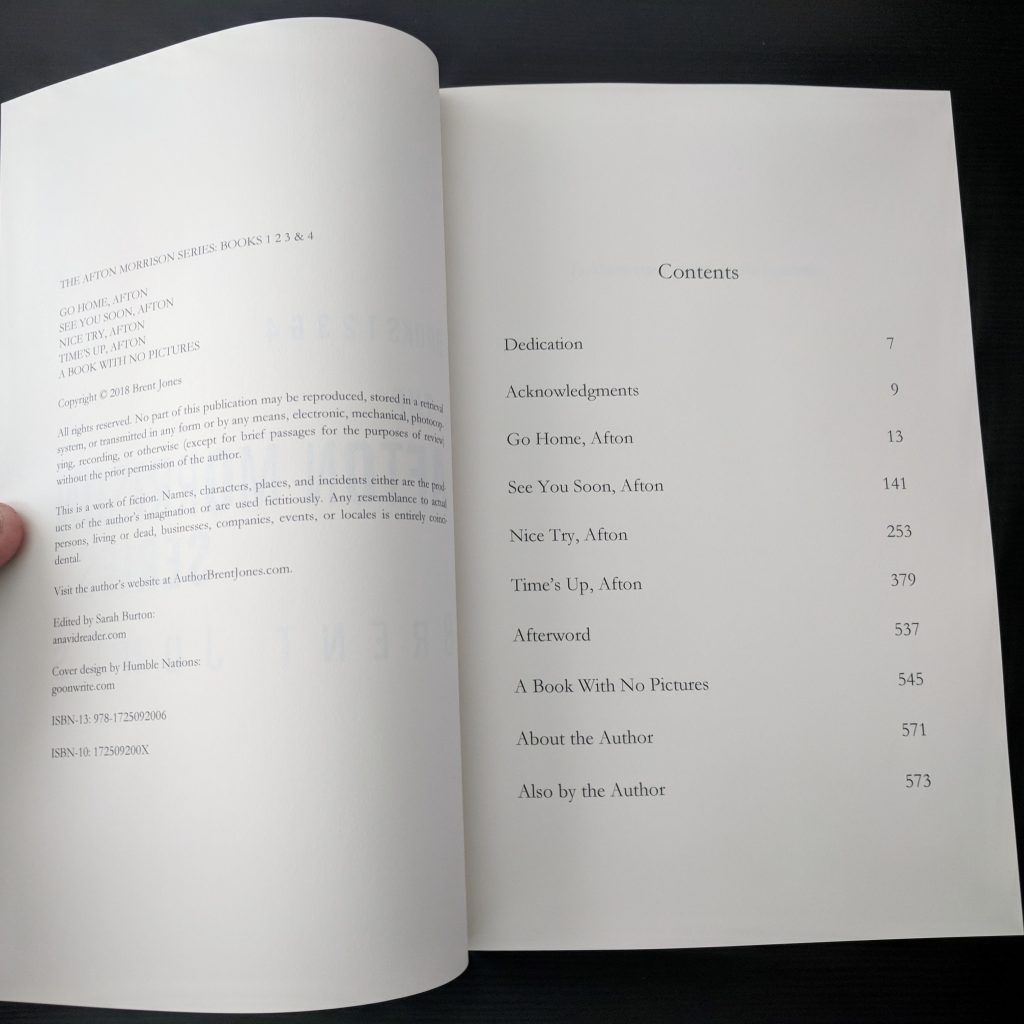 And here’s a look at The Afton Morrison Series: Books 1 2 3 & 4 next to another title of mine, The Fifteenth of June. 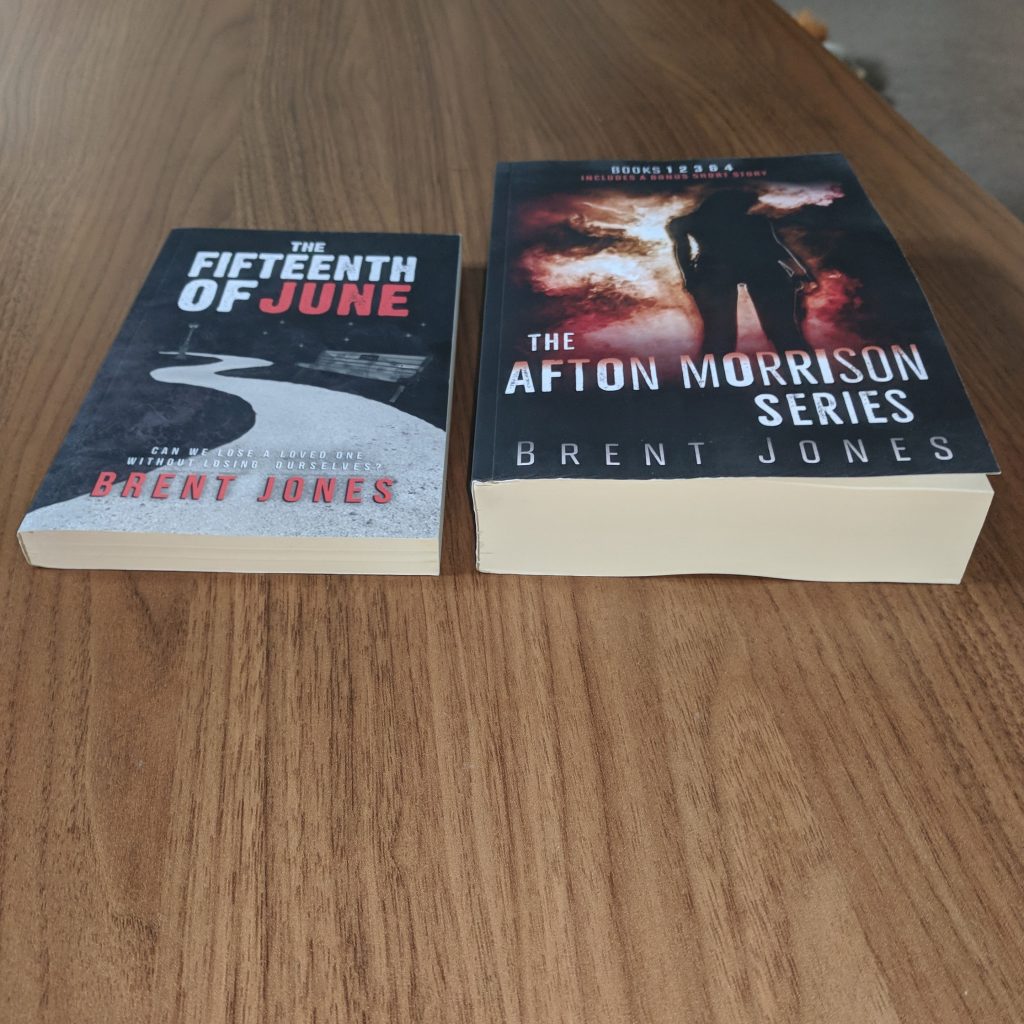 I’m showing you this photo only for the sake of comparison.

This print edition is fairly enormous. It’s 6 x 9 inches, which is the approximate trim size of most hardcover books. It’s 576 pages long with a spine two inches thick, and it weighs in at roughly two pounds.

While the print edition isn’t (and won’t be) available to pre-order, once it has been released, you’ll be able to get it from a number of online (and some local) retailers, including Amazon and Barnes & Noble. I’m hoping that will happen by the end of October or, latest, start of November. 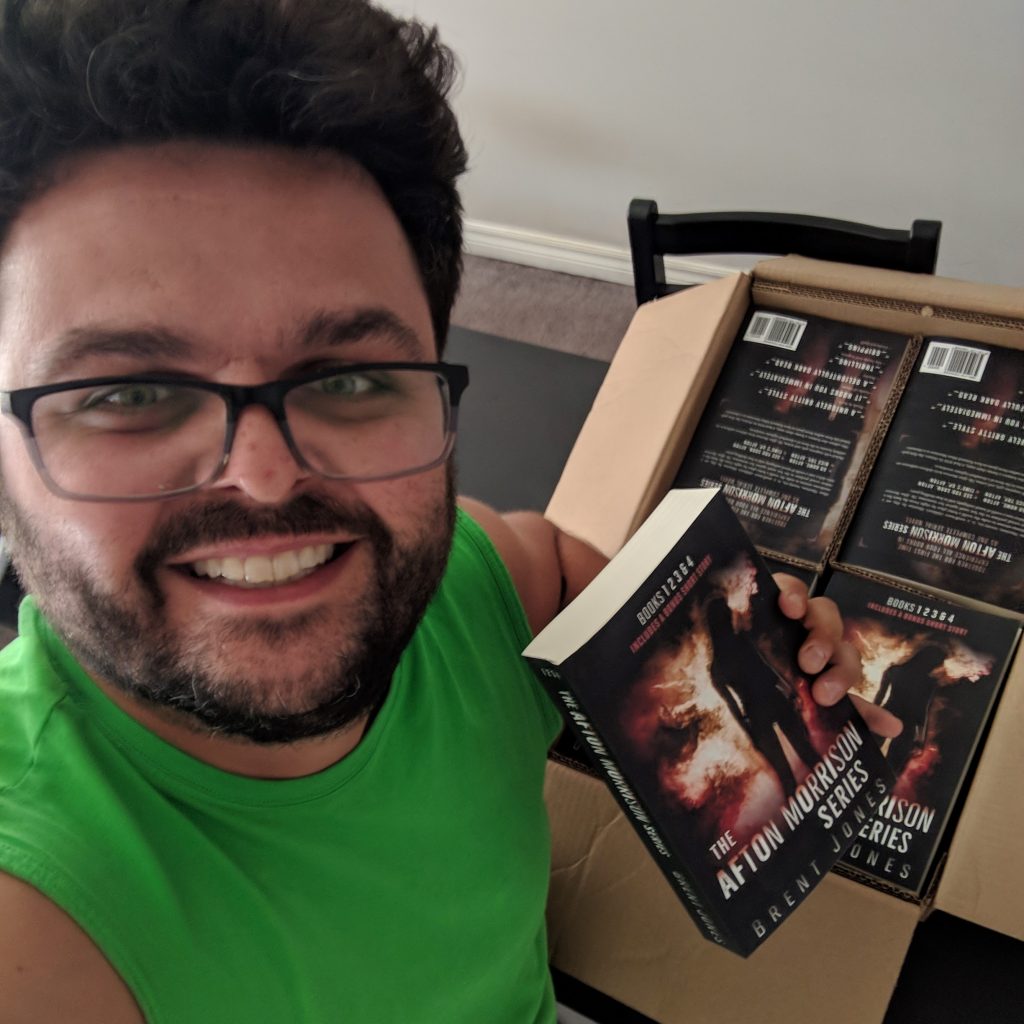 How about you? Let’s talk.

Drop me a line in the comments (below), if you feel so inclined. 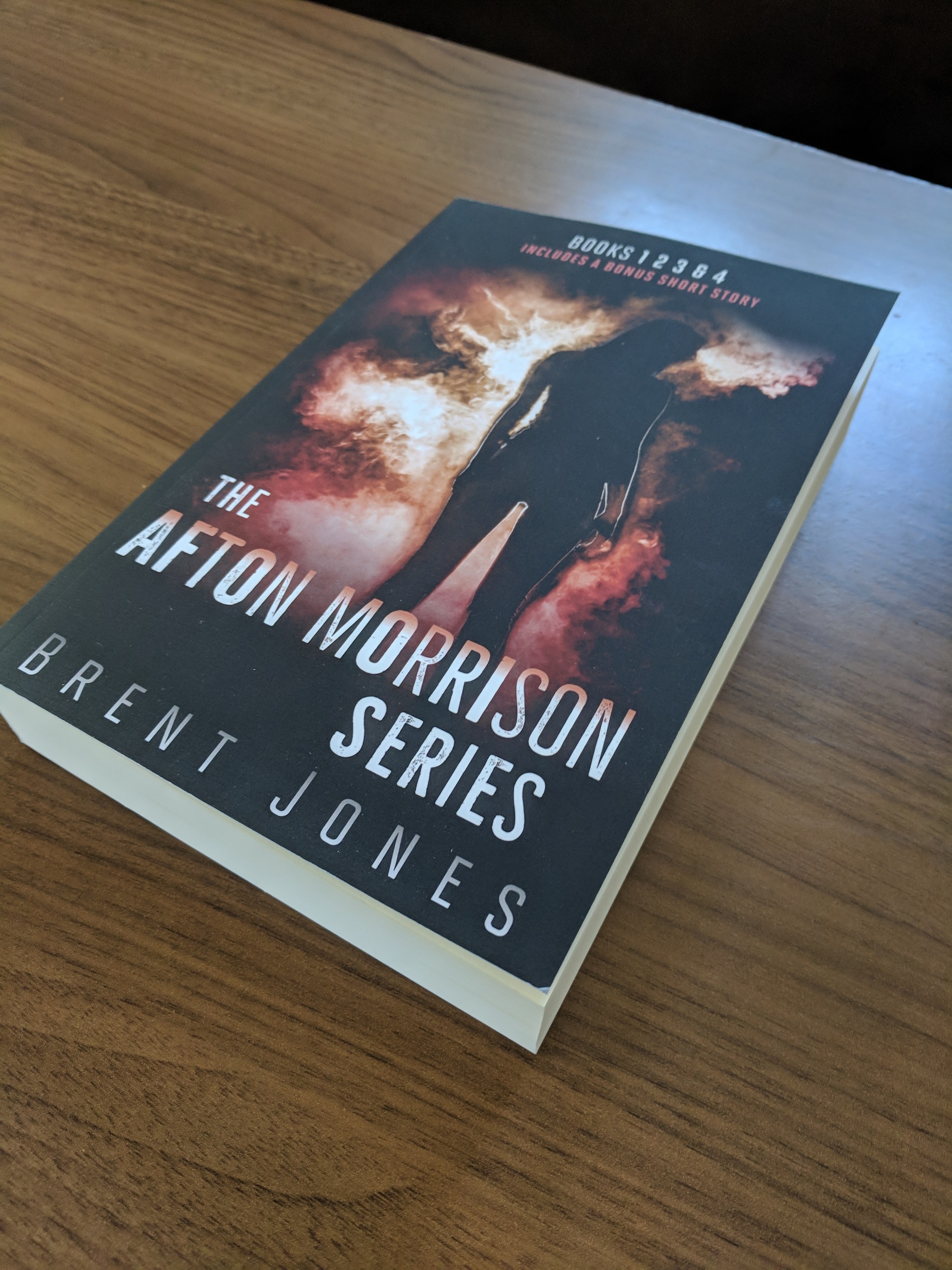